When we lived in Tokyo one of my favourite things was looking for the new public information posters on the Tokyo Metro.  Every month there would be a new poster reminding passengers not to do something or other.  Here is my album of photos of 11 months of posters.

A friend* recently pointed me in the direction of this site showing the long history and fantastic design of Tokyo Metro manner reminders.  See one below...
Now if anyone knows where there are any more of these, send them my way!

*Mark Birtles - you should check his single speed adventure from Tokyo to Osaka...
Posted by Unknown at 6:21 PM No comments:

From the Rockies to the Pacific

In the grand tradition of Jack Kerouac, Huckleberry Finn and Easy Rider, Steph and I just took a road trip through America.
We drove from Denver to San Diego, roughly a third of the distance across the country in two days.  The directions were pretty easy, turn left onto I-70 and drive for 500 miles and then turn left onto I-15 for 500 miles, starting in Colorado and passing through Utah, Arizona and Nevada before finishing in California.
The trip gave me an opportunity to drive on the right (wrong) side of the road for the first time.  Although I only really drove on the freeway and Steph did the busiest sections of the drive.  But still after a few attempts to find a gear stick in the door pocket, there were no accidents and we made it here on time.  We wanted to take longer over the trip and make a few detours but the prohibitive rental car costs meant we could only afford to do it in 2 days.
The star of the show was the American landscape.  Out of our car windows we saw high mountains and tree-lined valleys, rocky canyons and arid desert, in the middle of which was the weird mirage of Las Vegas, until we arrived at the gleaming Pacific, descending from a high of over 6000 feet to sea level.
Rocky spent most of the time curled in the passenger side footwell, it got pretty hot for her when we got to Death Valley, the lowest, driest and hottest place in the US (the temperature that day was forecast to get to 118˚F).  Even with the air-conditioning on our poor dog was panting, I filled her water bowl and held it between my feet so she could drink and we were all glad when we reached the cooler temperatures of Southern California.
The smell of pines in Colorado and Utah will stick with me a long time, particularly after the mould of Costa Rica, as will the intense heat around Las Vegas and the impression that inland California is just an irrigated, inhabited desert.
It is great to be back in Southern California, I love the smells here, the beach, the hummingbirds, the sushi, the sound of the trains in the distance and the Padres still top of the National League West...
Posted by Unknown at 10:52 PM No comments:

Transnational companies and an international hegemony 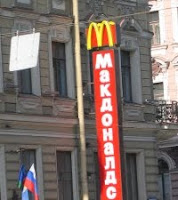 My essay about transnational companies forming part of an international hegemony on e-ir.com.
Here and here.
Posted by Unknown at 10:57 PM No comments: